Each week, the umpires will award play stars at the end of the game to the players who have; played with a smile on their face, encouraged their team, applauded the opposition, received umpire feedback and improved their game, kept going until the final whistle,  played some exquisite champagne netball!

Being a play star isn’t just about being the best player on the court, it’s about attitude, sportsmanship and playing hard but fair. At the end of the season the play stars for each player are totted up and they will be crowned the play star. 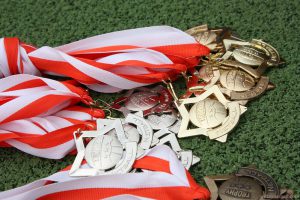 Players of the Final

Ladies B: Dayna from Avatars
Mixed B: Tamara from STD’s
Mixed C: Toni from All Sorts

Ladies B: Natalie from Tense Crocodiles
Mixed B: Lance from Little Mongrels
Mixed C: Sarah from Lobstars
Versatility Upper: Maddy from The Opposition
Versatility Lower: Lily from The Agents

Ladies B: Cassie from Tense Crocodiles
Mixed B: Steve from Your Face
Mixed C: Tom from Wolfpack
Versatility Upper: Kate from The Opposition
Versatility Lower: Rachel from Groovers Orange

Ladies B – Avatars
Mixed B – The Atheists
Mixed C – Might Hits

Ladies B: Dee – Holly from Janga Shots
Mixed B: James – Ryan from Your Face
Mixed C: Toni – Jimmy from Game of Throws

Ladies B: Selina from Avatars
Mixed B: James from The Athiests
Mixed C: Alex from Might Hits
Versatility Upper: Louie from NWA
Versatility Lower: Chloe from Wobbly Balls

Ladies B: Tolly from JamFat N Shots
Mixed B: Katy from Jagerbums
Mixed C: Peter from Might Hits
Versatility Upper: Rhiannon from Hoops I Did It Again
Versatility Lower: Gemma from Netbrawlers

Ladies B: Holly from JANGA Shots
Mixed B: Ryan from Your Face
Mixed C: Jimmy from Game of Throws

UPDATE 06/04/2020 – on the all clear from the Government we will be full steam ahead and run this tournament on one of the following two weekends. We will be in touch with those already registered for the 16th May date.

To register your interest please
complete THIS FORM

We use cookies to ensure that we give you the best experience on our website. If you continue to use this site we will assume that you are happy with it.Ok