Versatility is a fun and fast version of netball with just a couple of simple changes.  Firstly, in versatility netball, every player switches position every time their team scores.  This means that you get to play every position throughout the game. Secondly, we use basketball hoops so it’s much easier to score!  If you’re new to netball, have not played netball in a while or just want to improve your all round game then try versatility netball. You can check out one of versatility leagues in action here.

Ladies versatility lower and upper leagues run on Monday evenings. You can find the current league tables and fixtures below:

Here’s a helpful diagram that shows how each player changes position after you score a goal!. 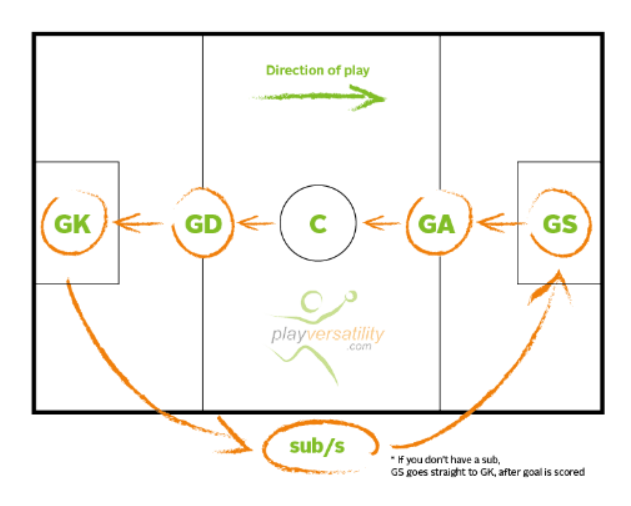 UPDATE 06/04/2020 – on the all clear from the Government we will be full steam ahead and run this tournament on one of the following two weekends. We will be in touch with those already registered for the 16th May date.

To register your interest please
complete THIS FORM